I love Bollywood. I am not one of those pretentious idiots who claim Bollywood is beyond saving and there’s not one movie in a year that can be watched. I genuinely feel such people have a gargantuan inferiority complex! But I digress. Just yesterday I read about the passing of the great Brigadier Kuldip Singh Chandpuri. Most of us know him as Sunny Deol from Border. Brigadier Chandpuri was an Indian army war veteran who led a battalion of 120 soldiers against a Pakistani offensive of 2000 men armed with tanks! I won’t get into the details because this article is not about the Battle of Longewala but about Border. 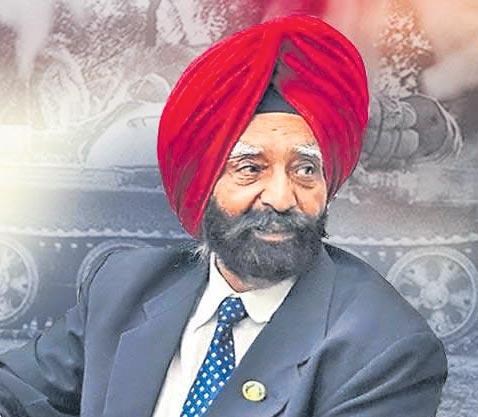 I remember watching Border for the first time. It was magical. Like many a boy before and after me, I just wanted to be an army officer after that! Sunny Deol in his Pagri, stabbing multiple enemy combatants first with his eyes and then with his knife is still one of the first images in my head when I think “alpha male”. I don’t remember the first time I saw Border. It was released in 1997 more than two decades ago, but I’d still watch that movie on a lazy Sunday afternoon. 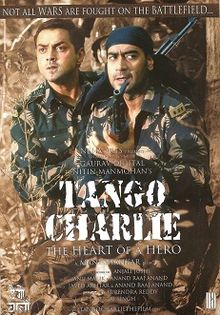 Late 90s and early 2000s were heated times. Kargil in 1999 and the 9/11 terror attacks in 2001 stuck in minds of our nation and reminded us that we are not always safe. Logic dictates we ask ourselves “Who will protect us?”. A very human need. If TV was scaring us with news of war, terrorism and border skirmishes, it was also assuring us in many ways. One of them was the movie ‘Border’. War movies are not easy. They usually go in the direction of jingoism and special effects thereby making the whole thing a cringe fest. Best example would be LOC – Kargil, again by JP Dutta. I am not even going to attempt explaining the failure of Tango Charlie where Sunny’s brother Bobby played the lead.

What struck me about Border were its shades of realism. There’s a riveting scene where three Border Security Force personnel discover on a patrol that a couple of herders are actually insurgents armed with deadly AK-47s. Fear of the unknown – a reality ever soldier must live with. Once they neutralise the herders, Akshay Khanna’s character pukes after hesitating to make his first kill. The sight of a dead body is too much for him. What should have been a special day for him turns into an unpleasant experience. This unexpected turn taught me that soldiers are humans too and a huge part of war is stripping them of their humanity and critical thinking.

Most soldiers are shown to have wives, fiances and mothers at home who await every letter while praying every moment, their loved one comes back home same. Away from the danger of war, safe in the arms of family, comfortable in their beds. But the film does a stellar job of showcasing how a soldier has another family. A band of brothers who come before everything. Men who you are more than willing to die for. A bond signed in blood. Your honour is tied to your commitment towards this group of men. There is a scene where Subedar Mathura Das is sanctioned a holiday which leads to Sunny Paaji to act like every Indian boss ever and denigrate him in front of the whole company. He accuses him of abandoning his duty to protect his brothers! Official leave be damned!

As fate would have it, Mathura Das discovers an advancing company of enemy combatants and rushes back to warn his battalion of the impending danger. Warned in advance, Paaji gathers his troops and sets up a defensive line despite being given the option of retreating by higher command. The life of an army man is rife with such tough decisions. Country comes first, family second and you last. Border taught me that men who follow this creed are the bravest and strongest men in the world. It convinced me that nothing I do will ever match, let alone top these men and their selfless actions.

The song “Sandese aate hai” for the longest time was “Sunday se aate hai” for me. I was a kid, give me a break! But as I grew up and kept watching Border re runs on Zee TV, I realised this song was the struggle every soldier goes through as he has contend with the dual life that he must lead. Messages from family maybe an oasis in a literal desert you are stationed in but the treacherous plains around you are a stark reminder of why you are there. Sacrifice, the hallmark of army life. The source of the universal respect they command and the reason we are safe.

As the enemy advanced, Brigadier Chandpuri’s request for aerial support is denied due to load shedding by planet Earth – night. The Indian air force didn’t have night-vision capability at that time. This meant Sunny Paaji’s hundred odd men had to fight against an advancing army of 2000 Pakistani soldiers armed with tanks and other heavy ammunition. Undaunted Sunny Paaji rallied his troops and prepared them mentally and physically to give up their life in an effort to at least slow down the enemy advance. Just watching his pep talk gave me goosebumps. Following orders without question – another hallmark of an army man. An unwavering belief in their Commanding Officer drowning out the understandable voices of reason and fear within. 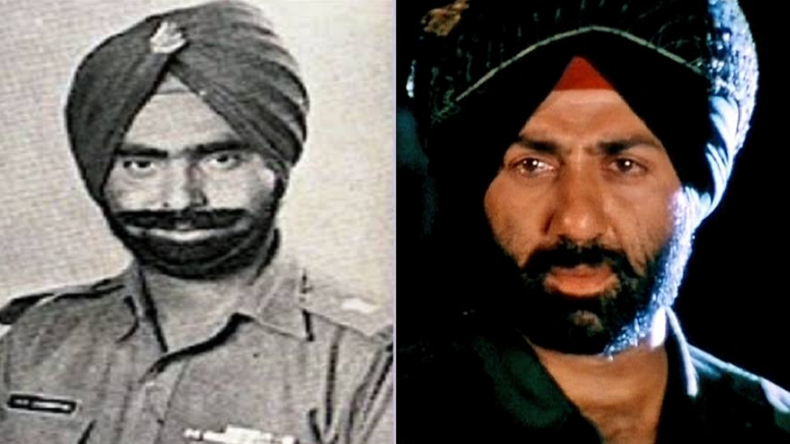 The climax of the movie till date is the best action sequence in the history of Bollywood according to me. Tanks blowing off Indian defensive bunkers while Pakistani foot soldiers advance taking cover of the cover fire. But they were only met by a demonic Indian resistance powered by the testicular fortitude of Brigadier Chandpuri and his merry men. Sunny Paaji running from bunker to bunker trying to support his troops, maintain the defensive line and hoping his lion like voice forces the enemy to submit. Outnumbered, outgunned and thoroughly outmatched, Brigadier Chandpuri’s men ignore the obvious and maul the enemy advance. They lose their fellow officers and jawans but never their resolve.

The best scene for me in the movie has to be Suniel Shetty destroying a tank with an anti tank mine despite being riddled with bullets. Anna died but took a tank with him! What a scene! “Maa Shakti!” bellows Shetty’s character Bhairon before sending the enemy back to its maker! Fantastic, unbelievable and full of adrenaline! Just writing this makes me feel like throwing a pillow at my brother and yell “Maa Shakti!”. As the Indian army resists until dawn, they’re finally delivered some good news – the air force is ready to strike! And boy do they absolutely obliterate the enemy! And who does it!? Jackie fucking Shroff! An alpha male who is out to do his job and kick the enemy’s Maushi chi gaand! 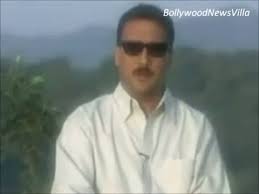 The lasting image from the movie for me has to be Sunny Paaji’s flashing a thumbs up to Jackie dada and our Bhidu flashing a thumb back! Damn the sonic jet, damn the height at which you can’t even spot a bird, damn the blood soaked face of Sunny Paaji! When these two Mard ka puttars do not give a fuck about death itself, the laws of Physics can do one! Over the top, improbable, exciting and absolutely riveting! That’s the Bollywood I grew up loving! That’s the Bollywood that made Border such an amazing experience. None of this wishy washy “I have anxiety because I can’t find “true love” in this city of twelve million in the age of Tinder bullshit!”. Show me blood, show me sacrifice and break the laws of common sense like Brigadier Chandpuri broke the Pakistani resistance!

Border is not a movie. Border is an emotion. An emotion that forced me dream as a kid that I too can be an army officer. I too can serve my country in the best way possible and even if I become one percent of a man Brigadier Chandpuri was, I’d be a successful Indian and an unquestionably great human! It is on shoulders of men like you and your battalion than we are free to shit post on social media and complain about the quality of Wi-Fi. Life’s sacrifices are unfair and nothing typifies this reality than the deal a soldier makes. And this is exactly what Border communicates. A movie for the ages.